The Kargil Vijaya Diwas Celebrations happened in an excellent manner. The true sense of nationalism was visible all over. Col Vijay Bakshi spoke out his heart. Once he was visibly emotional as his voice choked a little. He shouldered the whole event and conveyed the feel of the war and his experiences.

He classified his 30mins talk into three parts. He started with a personal incident where his family was telling him to be together with the family so that if any misfortune happens, let it happen for the whole family as it would be difficult to exist even without any one member of the family to the others.

Firstly, he talked about the Operation by beautifully drawing the geography of the terrain on the white board, describing how difficult it was and how disadvantageous it was for our side. The probable plan of the enemy which was disrupted due to diligent patrolling from our side.

Secondly, he talked about the Logistics involved. All the mules of that area were used to transport the food and necessary items to soldiers. The young and strong boys of nearby villages along with their village-heads also stood as a support to the army displaying their solidarity. He remembered his colleagues who gave up their lives during war and was visibly emotional.

Lastly, he talked about the Media which took it up seriously and reported in detail to the common people who were in a way away and unaffected from the happenings around them.

It was a special moment for our students which was clear by the deep level of involvement. There was pin-drop silence when this talk was going on. This showed the depth of their involvement.

Our final year BCA students, Krishna Bhattarai, Jishnu Mohan and Rohit Ranjan had made a PPT on Kargil War which was played in the beginning. It, as confessed by the guest himself, made him nostalgic. The compere of the programme was Vaishnavi, our BCom II year student who did a cute job.

The CAG and Principal played their respective roles by addressing the students. The NSS Programme Officer of our college, Prof Venkatesh B B introduced the guest and the day. Prof Sheshachalam welcomed the group and Prof Asif delivered vote of thanks.

It was indeed a memorable event. Few selected photos and the displayed PPT are attached. 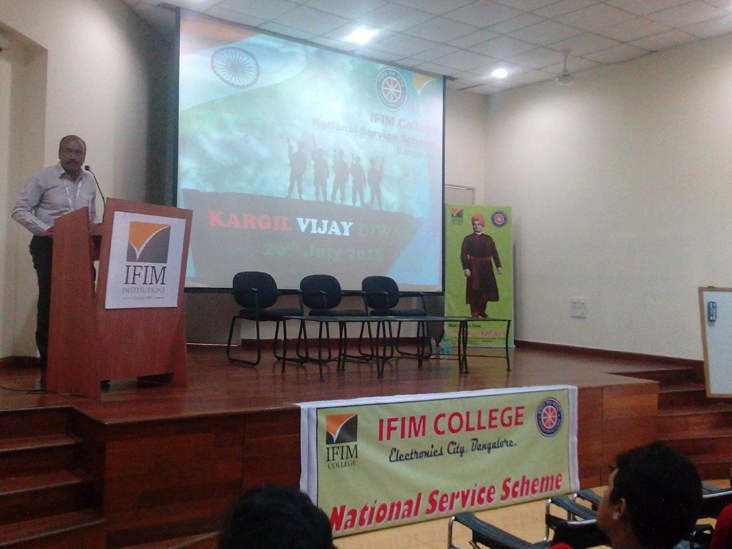 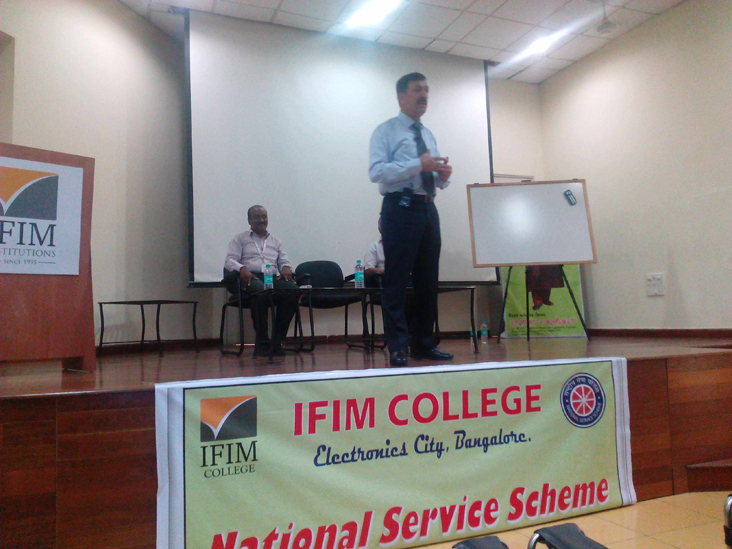 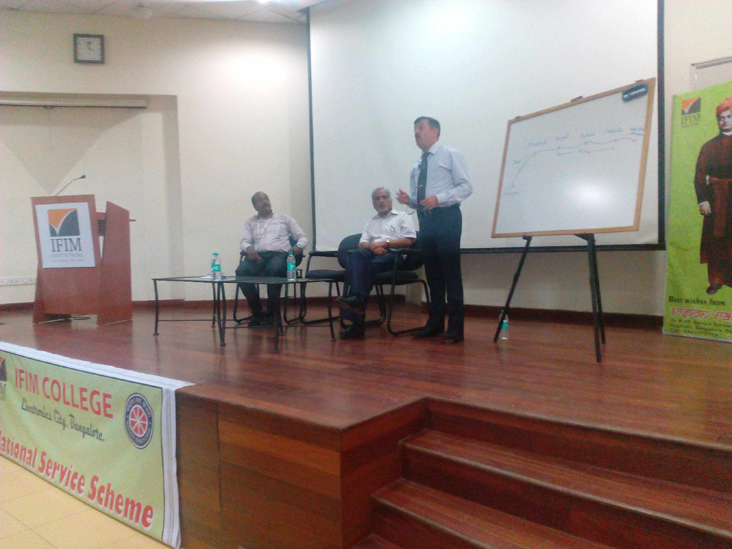 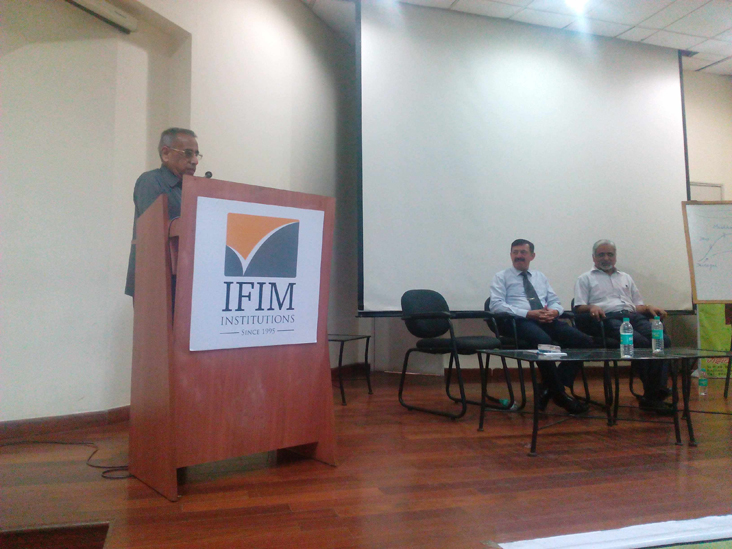 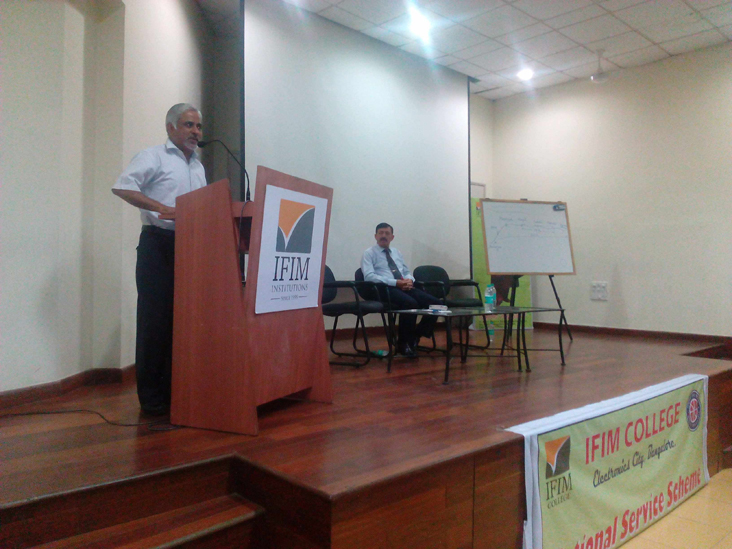 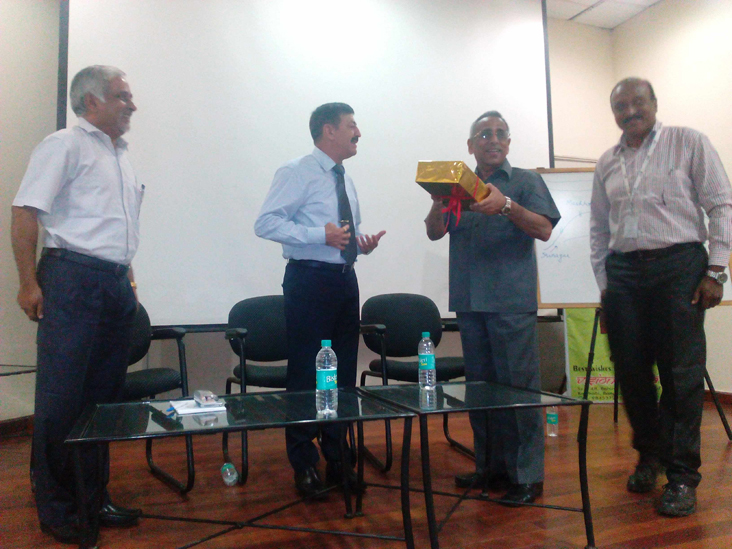 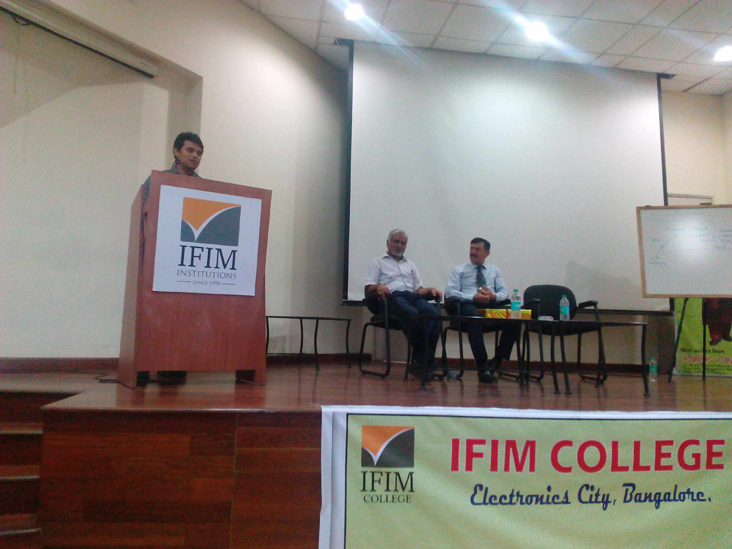