Conducted by : The Government of Karnataka.

The day started with a steady drizzle which could not hinder the zeal of our students who assembled at the college premises at around 6am. In less than twenty minutes the team led by Asst Prof Ambanna, the Progamme Officer of Youth Red Cross of our college could manage to leave in the college bus to reach there by 7am.

It was a huge stadium which could accommodate over 5000 people with an aesthetically designed stage in front. Around 4000 school/college-going students had already assembled on the widely spread lawn in their sports dress to perform yoga. Music was on to raise the energy levels of people. Swamiji himself along with the anchor was on mike to receive, guide and take the participants through the programme.

The practice of yoga started with Shithilikarana Vyayama i.e., warming up exercises and in the due course the guests started arriving one after another. Then came the practice of Suryanamaskara, the Salutations to Sun God which is a series of ten postures enabling the body to get flexibility and strength. It was a memorable event for all of us to see few students were doing yoga for the first time in their life.

The Coordinator for NSS and YRC of Bangalore University, Dr Srinivas was also present in the occasion to mark our participation. He expressed his happiness for our interest in these programmes. The chief guest of the programme, the chief minister of the state Sri Siddaramaiah said in his speech that the world is waking up to yoga which is the elixir of healthy life. Sri Ananth Kumar said that the young generation should take up yoga seriously and grow strong. Sri Sadananda Gowda said that yoga helps people to stay calm and smiling even in times of difficulties. The centre of attraction, Bipasha Basu performed yoga along with Swamiji and also gave a message- currently yoga is the most happening thing in the world.

The students were excited to be a part of this programme as it was first time that they were with a bollywood actress and the chief minister himself in a yoga programme of such proportion. Many students were doing Asanas, Suryanamaskar and Pranayama for the first time and were really curious to do more. They enjoyed the ambience and the whole experience.

Our students had the opportunity of being interviewed by DD News Channel about their experience in this mega event.

Breakfast was served in the venue itself which was delicious and quite filling also. With a broad smile on their faces and a feeling of contentment, the students left to their respective destinations. 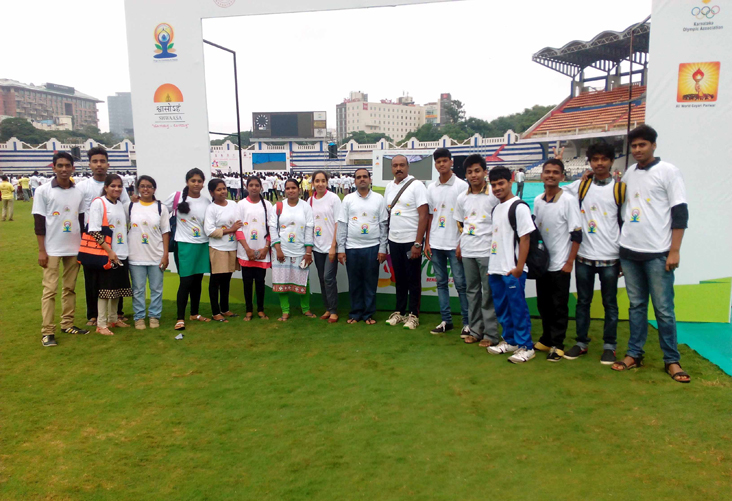 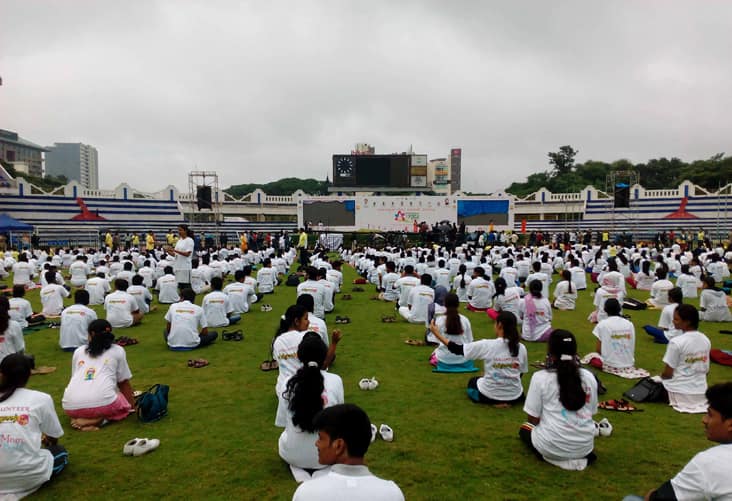 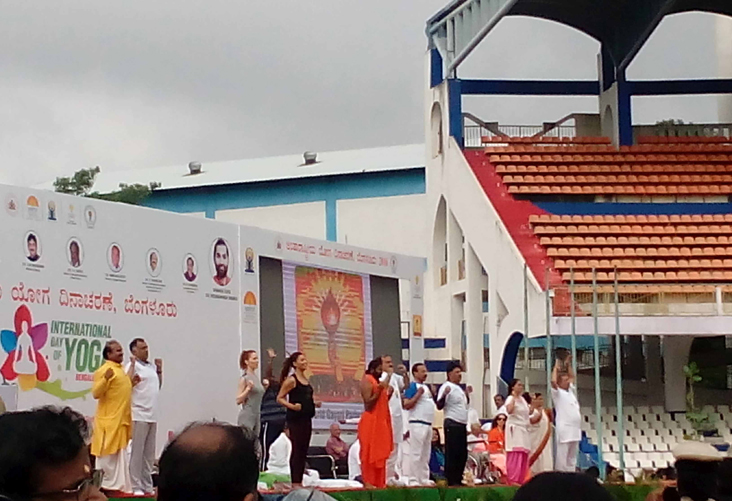 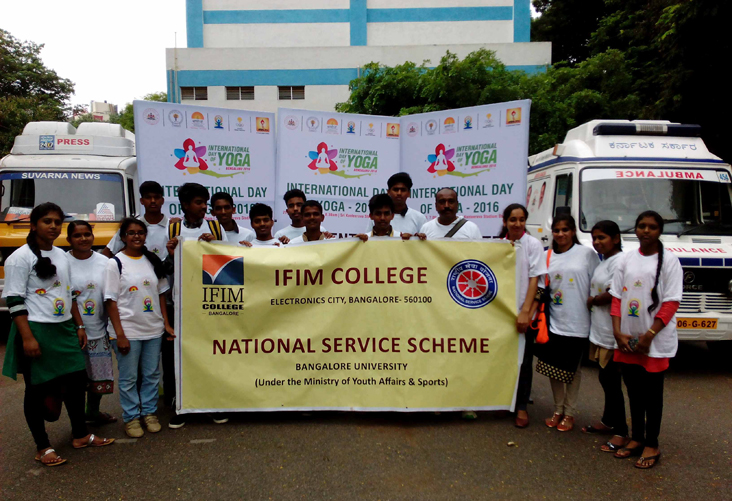